The port of Shanghai has been congested since early March. However, since the 28th, the whole city of Shanghai will conduct large-scale screening in batches, and it is expected that the congestion of the world's busiest container port will increase.

Shanghai International Port Group said in a statement that it will maintain 24-hour operations except in extreme weather. While the port of Shanghai will remain open throughout the lockdown, transportation to and from the airport and container terminal will be severely restricted given that roads, bridges and tunnels between the Pudong and Puxi areas have been blocked for at least a week.

Linerlytica analyst Tan Hua Joo said the lockdown could exacerbate port congestion. "Exports will be restricted as factory productivity is affected while ports remain open. Port operations are expected to increase due to manpower shortages, based on what was observed during Shenzhen's lockdown."

Worsening port congestion last week affected more than 14% of total container ship capacity for the first time, with further increases expected due to the lockdown in Shanghai, according to Linerlytica. The number of ships waiting to be loaded or unloaded in Shanghai has increased nearly fivefold in the past two and a half weeks, according to VesselsValue. 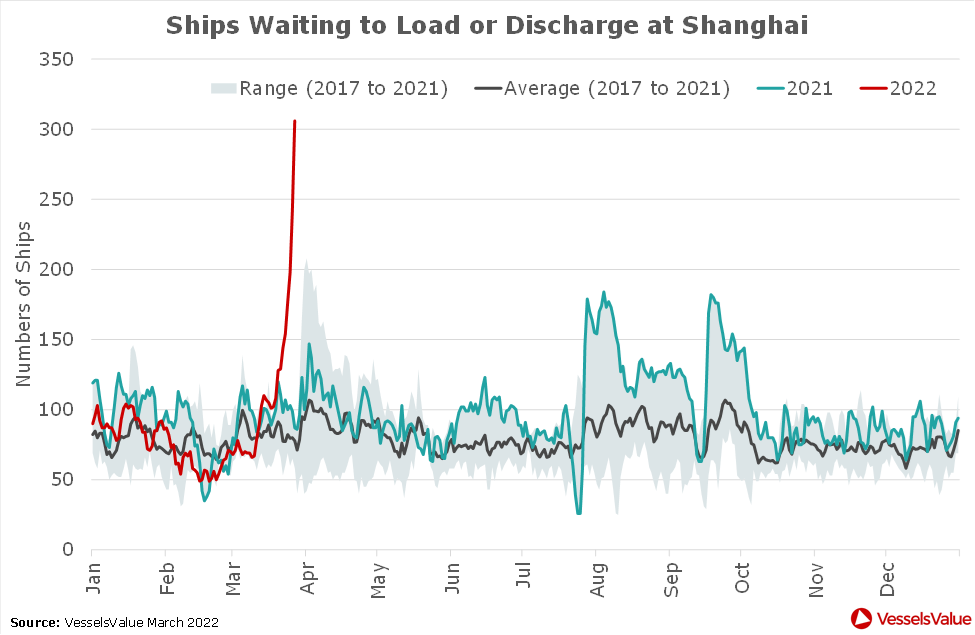 As the chart above shows, congestion in Shanghai has worsened, well above last year and normal seasonal levels. By ship type, the surge in congestion was driven by dry bulk carriers, followed by oil tankers. 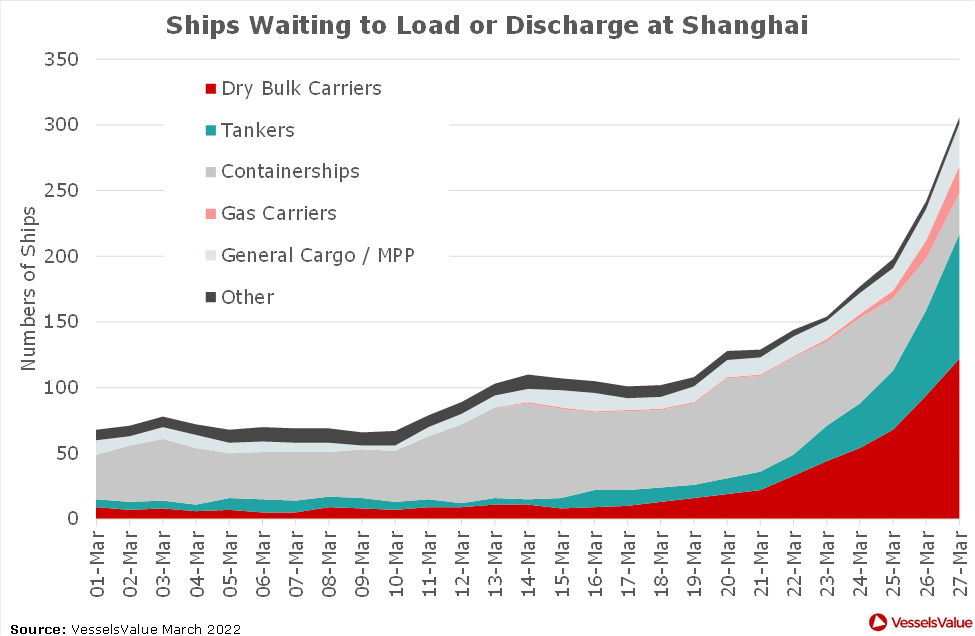 For sea freight shipments in the next 9 days, we recommend customers to choose Ningbo Port, especially for LCL shipments that need to pass through CFS. "

According to the latest data released by Drewry on the 25th, in the next 4 weeks (weeks 13-16), the world's three major shipping alliances have successively cancelled 36 voyages. 7 voyages; the fewest Ocean Alliance cancelled 6 voyages.

Of a total of 576 scheduled sailings on major routes such as the transpacific, transatlantic, Asia-Nordic and Asia-Mediterranean, 48 sailings were cancelled between weeks 13 and 16, a cancellation rate of 8%. During this period, 75% of blank sailings will occur on the trans-Pacific eastbound trade lanes, primarily the West Coast.